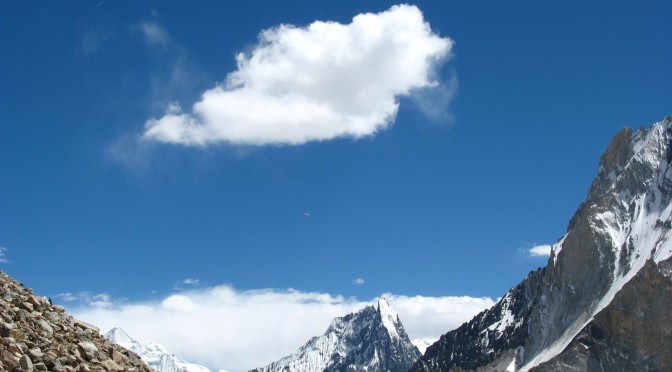 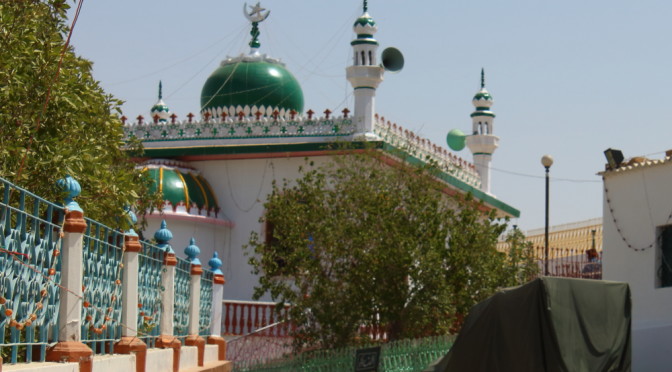 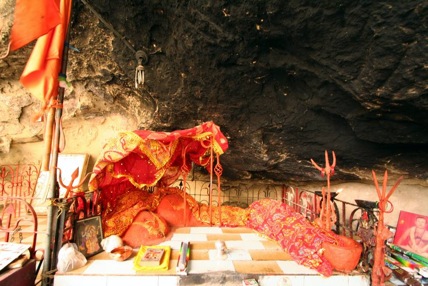 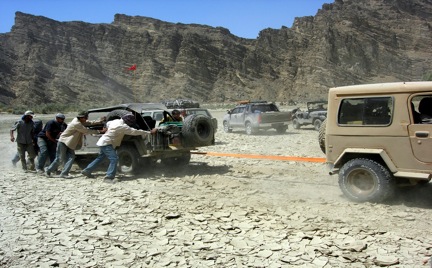 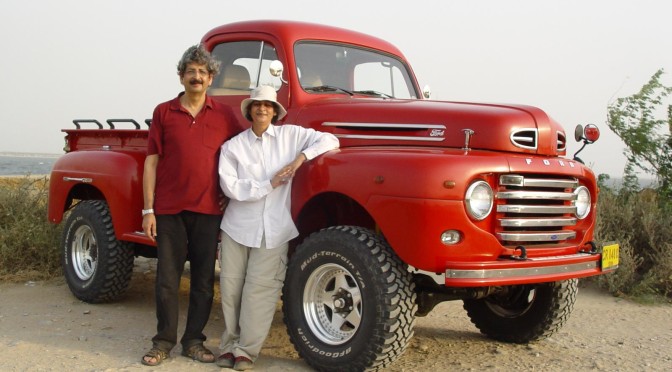 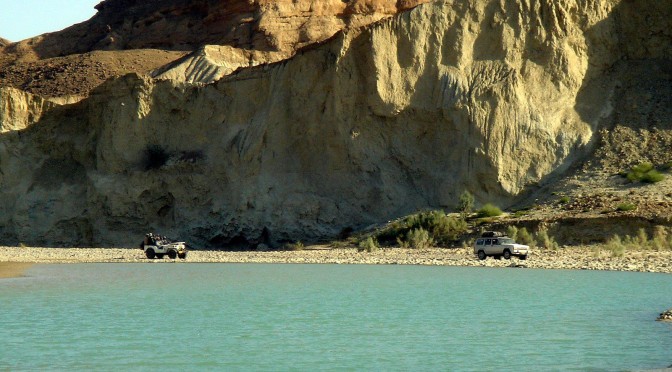 A big thanks to the 4×4 Offroad Club Karachi for providing the opportunity to visit Hingol National Park in Baluchistan. January 2015.

END_OF_DOCUMENT_TOKEN_TO_BE_REPLACED

Photographs from offroadpakistan’s medical camp in the village of Khorwah, district Badin in Sindh. The group included doctors, veterinarians and volunteers from Karachi who were selfless in their efforts to give back to a community. Hand pumps were also distributed.

Photos courtesy afewmofilms.com. Click here for the photo gallery. Writeups of the camp are incoming: 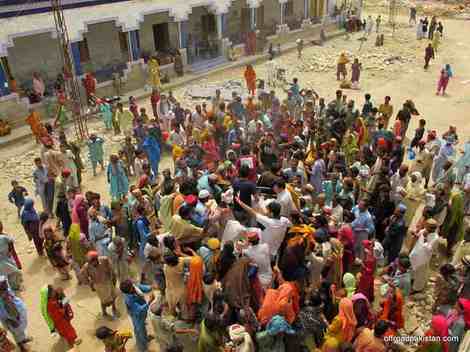 OffroadPakistan and friends have put together an effort to help people effected by the floods in Pakistan. We are providing relief ourselves (delivery and distribution) in Sindh area. Right now it’s food and essentials and temporary shelter. Next we would support run a refugee camp (our choosing of location) providing food, water, medicines/medical camps, clothing etc. Later help some really needful families to rebuilt their homes etc.

Since we are not an NGO, we have got the help of Behbood Association (local NGO) working far last 35 years – they have set up a separate account for us, they will manage, supervise and audit for us.

Please pass it on to friends! 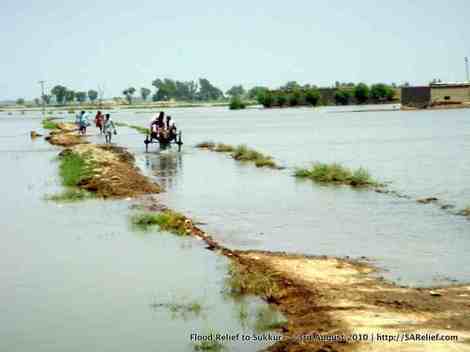 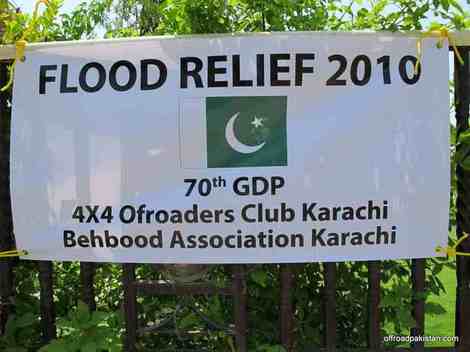 To find out more check these out: 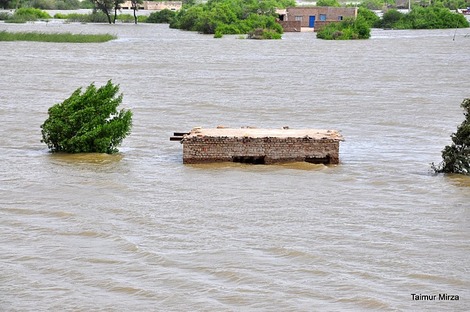 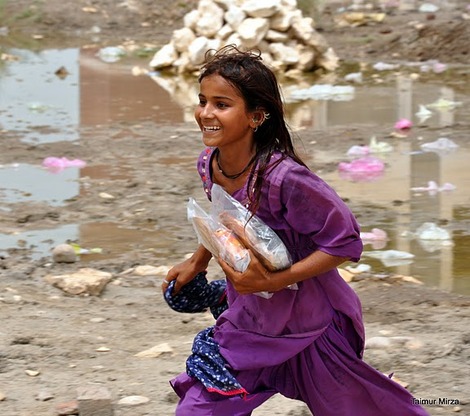 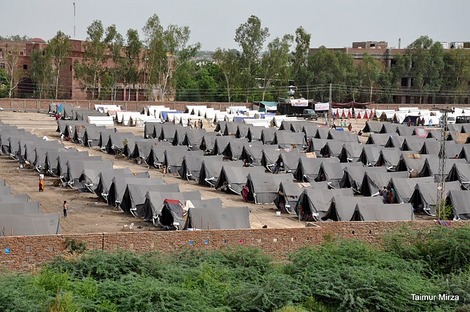 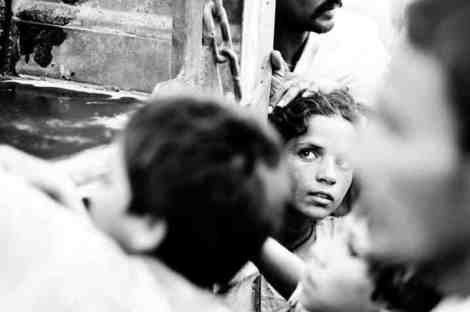 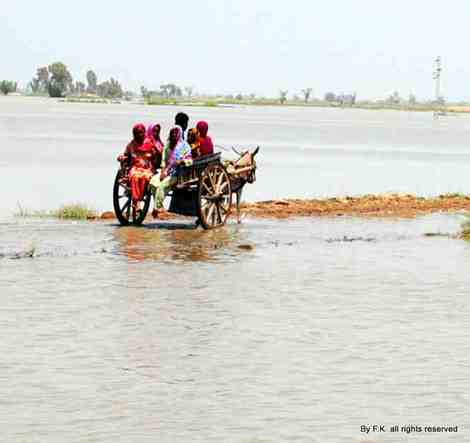 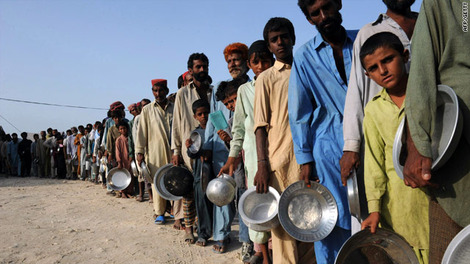 Holly Yan of CNN caught up with our 2nd relief trip on August 24th and spoke with Offroaders Awab Alvi and Faisal Kapadia:

(CNN)—“Everywhere we go we see eight to 10 feet of water,” said Kapadia, who traveled through inundated villages between Shikarpur and Sukkur. “All we see are the tops of houses.”

Just a month ago, Kapadia was a recreational rider in the 4×4 Offroaders Club of Karachi. He didn’t expect to use his off-roading skills to deliver life-saving supplies to flood victims across nearly impassible terrain and waters.

“We never thought of that,” Kapadia said. “But when you see things happen like this, you can’t just sit on the side and watch thousands of people die.”

So club members, family and friends raised money for supplies to the neediest survivors.

So far the 4×4 Offroaders Club of Karachi has distributed 100 tents and about eight truckloads of food.

So far at least 1,500 killed, 14-20 million affected, 3.5 million children at health risk, nearly 1 million houses damaged, and $1-2 billion upwards of crop damage. Possibly the low numbers of people killed has resulted in the lackluster international response. A timeline is here. 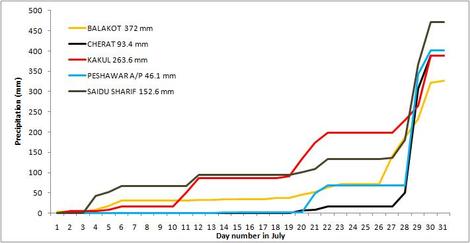 “The loss of life appears to have been the result of a combination of losses in the main rivers and their tributaries, flash floods in upper catchments, collapses of mud brick houses, and landslides.”—Dave’s Landslide Blog.

Downstream the impact of the incredibly heavy rainfall on the Indus River catchment shows increased inflows.

Daily rainfall records from the Pakistan Meteorological Department—you can map your own data! Compare the rainfall over the July and August 2008 and 2009 with what we see now. The worst seems to be behind us.

Devastating floods cut off parts of Pakistan: “Shelter, plastic sheeting and household goods are the most important gap. Stocks need to be urgently airlifted to the affected areas.”—DAWN

END_OF_DOCUMENT_TOKEN_TO_BE_REPLACED

The earthquake’s that have hit Pakistan in 2005 and 2008 were regarded as the worst tragedy for the nation. Few have realized that the recent floods have in fact caused more damage then those earthquakes did. As per latest reports official figures stand at 1600 dead and 20 million left homeless.

The Monsoon rains began three weeks ago and have washed away roads, bridges and communications lines, hampering rescue efforts by aid organizations and the government. The downpours have grounded many aircraft trying to rescue people and ferry aid.

END_OF_DOCUMENT_TOKEN_TO_BE_REPLACED 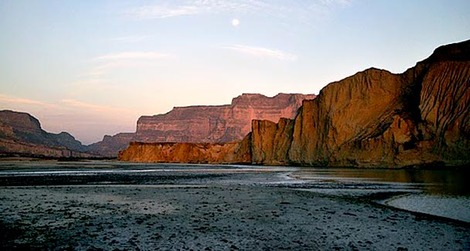 END_OF_DOCUMENT_TOKEN_TO_BE_REPLACED

There are camping lists, and then there are camping lists. This is one of those. There is the minimalistic school of thought which believes in grabbing just a shotgun and a wallet and heading off into the bush – but if like us, you get off the city to take a break and enjoy, than it’s nice to have all the essentials (and more!) along.

Keep this in mind – You must take everything you might possibly need from home – there is nothing (except oxygen) available on the way! Be prepared to change tires, dig your 4×4 out from a lot of mud, and other such goodies.

END_OF_DOCUMENT_TOKEN_TO_BE_REPLACED

“The world’s greatest museum of shape and form” is how Italian mountaineer/author Fosco Maraini described Concordia in his book, Karakoram. Galen Rowell called it the “Throne of the Mountain Gods”. Come 2007, somehow or the other, 5 of us from Karachi ended up hiking to Concordia, and on to K2 base camp.

Sir, in December 2008 it will be the 30th anniversary of the historic “Indus River Expedition”. This Expedition of three people started from Amb- Darband, upstream of Tarbela Dam, and covered 1,600 miles in 30 days right up to the “city of lights” – Karachi.

END_OF_DOCUMENT_TOKEN_TO_BE_REPLACED

Our group has been approached by the Management of Hingol National Park to help them in organizing a free medical camp at Jhal Jhau for the villagers living along the Hingol River in the Northern Part of the Park. We are going for 4 days to Hingol, Baluchistan, March 14-17, 2008 and setting up a medical camp. Read on for the details.

END_OF_DOCUMENT_TOKEN_TO_BE_REPLACED

Click here to see the complete picture gallery of the Goran Gatti trip. This trip involved hardcore 4wheeling, as we made our way to the highest mountain, Goran Gatti, which is deep inside Hingol – no vehicle has made it there before. We didn’t make it there either, but it was a lot of fun trying!

For those of you who haven’t camped out in the wilderness under the open sky, here are some helpful hints and advise.

END_OF_DOCUMENT_TOKEN_TO_BE_REPLACED

/> When Hamid Omar of 4×4 Offroaders Club, Karachi recently completed the rebuilding of the 1948 Ford F1 Pickup, the family decided to take it on a long test drive from Karachi all the way to Besham on the Karakorum Highway (a part of the ‘Silk Route’). The trip was, in part, influenced by the invitation of one of their domestics of long standing, Shah Aalam, to visit his ancestral home situated at a mountaintop a few kilometers off Besham in Kohistan. Hamid and his wife Sabiha drove to Lahore on the newly rebuilt Ford F1, followed by Mahera and Khalid Omar in the Toyota Prado.

END_OF_DOCUMENT_TOKEN_TO_BE_REPLACED

A journey to Thar desert in Pakistan. The trailer is viewable here.

Hingol Flood Relief is a documentary about the devastation caused by the cyclone that hit the coastal areas of Baluchistan in the summer of 2007, and the relief efforts of a small group of individuals from Karachi for the scattered settlements in the Hingol National Park.

END_OF_DOCUMENT_TOKEN_TO_BE_REPLACED

A recent trip of the 4X4 Offroaders Club to Hingol National Park in Baluchistan. The complete version will air on Aaj tv in the near future. The trailer is above, and the full version is below. Click here to read the article about this trip.

END_OF_DOCUMENT_TOKEN_TO_BE_REPLACED

Like any long trip, we started planning this a long time ago. Some (Asad, me) had wanted to do a major hike for years, and Concordia was always at the top of the list of the many, many places to go hiking in Northern Pakistan. “The world’s greatest museum of shape and form” is how Italian mountaineer/author Fosco Maraini described Concordia in his book, Karakoram. Galen Rowell called it the “Throne of the Mountain Gods”. Come 2007, somehow or the other, 5 of us decided to finally go.

The pre-trip preparations involved a lot of research, finding hiking and cold weather equipment, and trying to get into shape for the long hike ahead. Our plan is detailed below, and hopefully anyone else looking for information on planning this hike on their own will find it helpful. The pictures of the hike are up over here, and an article about the actual trip will be up soon.